Welcome to the sisters of Providence!

The Sisters of Providence is an international community of women Religious, inspired and founded by Blessed Emilie Tavernier Gamelin in 1843. Today more than 700 Sisters and over 1000 Providence Associates serve people in Canada, the United States, El Salvador, Haiti, Chile, Argentina, the Philippines, Egypt, and Cameroon. While each culture is unique and the needs vary, the Sisters of Providence are united by their profound faith, total confidence in Providence and compassion for those they serve.

What are you looking for?

OUR MOTHER OF SORROWS

“There is, however, a devotion dear to Mother Gamelin, which ought to be set apart from all others, because it inspired all her work, and because she bequeathed it as an inheritance to her daughters. That is, the devotion to our Mother of Sorrows. This devotion had a decisive influence in her life. Overwhelmed by the deaths of her husband and children, a wife and mother without posterity, she was at one time in her life on the brink of despair when her director, Father Breguier dit St. Pierre offered her as gift a picture of the Mother of Sorrows. Contemplating the deep compassion of Mary, who shared intimately in the sufferings of her lost Son and found therein a source of incomparable motherhood over redeemed sinners, Mother Gamelin understood the meaning of her own suffering. She realized that natural motherhood, the normal fulfillment of womanhood, was not the ultimate in the possibilities of her sex. Her faith and education had prepared her to understand that an infinitely greater motherhood was yet available to her. This is what prompted her to rise to the occasion, to leave her home as a pilgrim, to offer help, to shelter and embrace in a much broader love, all the persons in her city who were abandoned and helpless. Meditating on the Sorrows of the Virgin from one Passion station to the next, the virtuous widow experienced the infinite value of redemptive suffering. This revelation was henceforth her inspiration. Confidentially informed, Bishop Bourget could do no better than support this life-giving, refreshing inspiration. For it was on the feast of our Mother of Sorrows that he established the Providence community and every year since then, thanksgiving is renewed on the feast of the compassion of Mary. Mother Gamelin’s deepest desire was to impress in her daughters that mystery of life and death which had so helped her to use her own suffering as a stepping-stone to personal growth.”

Upon us in abundance

All good things here below,

Author Of all these gifts divine,

Ourselves and all that’s ours,

To Him, we should resign.

I have prayed that you may always love the poor and that peace and union may ever be preserved among you. 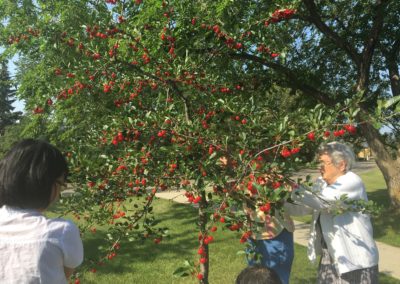 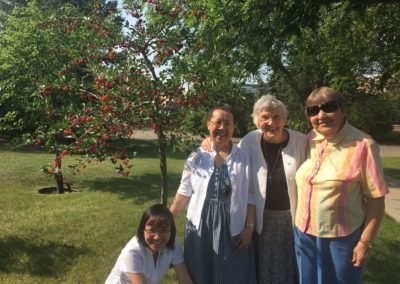 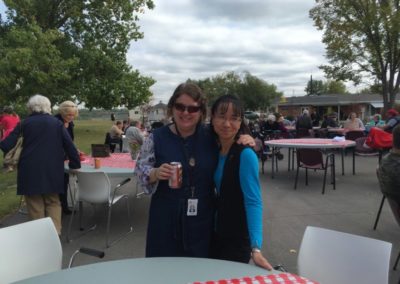 The Love of Christ Urges Us…